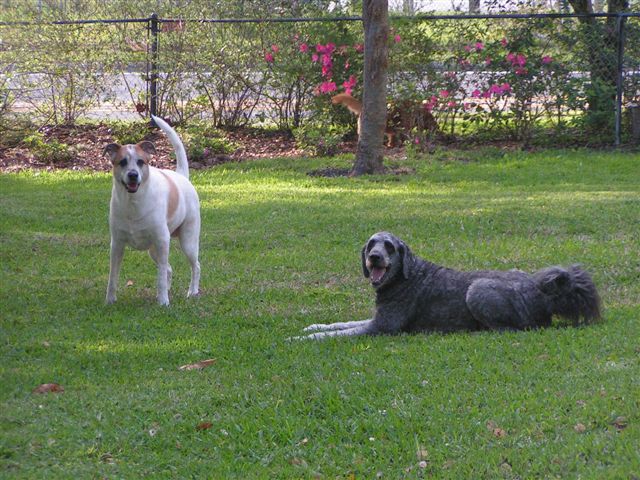 "We know from the Bible that God created animals, he cares about them intimately and he wants us to care about them," said Ben DeVries, 30, of Kenosha, Wis., who started a blog, "Not One Sparrow," to encourage his conservative Christian brethren to become more like shepherds than hunters. During a time when people increasingly treat pets as family members, animal advocates are gaining ground in religious circles.
DeVries is among a growing number of people of faith who have joined the appeal for help in promoting causes such as relocating homeless pets, preventing animal cruelty and investigating factory farming practices.
The Humane Society of the United States has started a faith outreach program that, within the past two years, has distributed 7,500 DVDs at church and college campuses on "Eating Mercifully."
The DVD and booklets draw on scripture to remind Christians of their duty to be good stewards of all God's creatures.
Defining what it means to treat animals with compassion ranges wildly across faiths and within denominations. For some, it means trying to end animal abuse, volunteering at an animal shelter, having their pet blessed or pushing for vegetarian diets. Others seek to fulfill spiritual needs that go beyond a simple desire to treat animals with dignity and kindness.
Some religious leaders welcome pets to worship services, memorializing them at death and discuss them as spiritual beings without distinction from humanity - the most controversial ideology and one that is not accepted by mainstream religious faiths.
Emerson Theological Institute, a "new thought" college based in Oakland, Calif., has started to ordain animal chaplains who tend to humans and their kindred pets. In Phoenix, a new, animal-centric church service for people and their (well-behaved) pets recently began.
Some Jewish rabbis celebrate a dog's coming of age with a "bark mitzvah." "I think it's ridiculous," said Rabbi Byron Sherwin, distinguished service professor with the Spertus Institute in Chicago. "Judaism makes a very clear distinction between animals and human beings. Human beings are not really a kind of animal like any other kind of animal." He joins Christian leaders who fear that these practices blur a line that sets humans and animals apart.
But Kris Lecakes Haley of Phoenix, an ordained animal chaplain, doesn't think there is a line to blur. "I think they are all expressions of the divine," she said. "We all have a divine spark within us. Because of that, there is an irrefutable connectedness of all life." Several Chicago-area churches also adhere to this message, which has drawn new members to their flock, local leaders said. The approach is becoming more popular, said Gretchen Chlebowski of United Church of Oak Park, which offers annual pet blessings in October and memorials for pets who have "transitioned," or died. "People have such close relationships with their animals," she said. "I think they enjoy finding a spiritual community that acknowledges that."
E. David Cook, a Wheaton College professor who has participated in animal rights discussions at Oxford University, said he believes that the green movement has raised Christian awareness about the environment and animal welfare. Still, "evangelicals care deeply for the way animals are treated but that doesn't mean we worship animals or put them in front of human beings, " Cook said. "If it's a choice between saving Granny and saving my poodle in the fire, Granny wins every time." Catholic tradition has historically taken a warm view of animals with pet blessings offered at many churches every October to honor St. Francis of Assisi, the patrol saint of animals and ecology.
Humans still remain top dog, but are not allowed to abuse or exploit animals. "When we see these horrific things like the mass-produced pork or chickens, where the animal can't be free-ranging, that really does become abusive," said Sister Dawn Nothwehr, a nun and ethics professor at the Catholic Theological Union. "We have to stop and ask a question - is that a legitimate way to deal with animals?"
Harvard University addresses some of those questions in a course on religion and animals in which it refers to the intersection between man and beast as an emerging academic field. Paul Waldau, who teaches the course, said that he believes more churches are paying closer attention to animals, especially as they concern relations with humans.
DeVries, who's studied theology at Trinity International University, said he is careful to check his Bible for direction. Yet he believes that many Christians, at least in his evangelical faith, have historically glossed over verses regarding animals and allowed - even perpetuated - their abuse and neglect. He created his blog, "Not One Sparrow," as an outgrowth of his master's thesis at Trinity, and has since expanded it to social networking sites such as Facebook and Twitter to draw attention to the plight of abused or neglected animals. He does not consider himself an animal welfare advocate so much as a "Christian voice for animals" inspired by the New Testament verse, Matthew 10:20, that reads:


"Are not two sparrows sold for a penny? Yet not one of them will fall to the ground apart from the will of your Father."